Learn the background of what makes us

The parishes of Maghera and Killelagh have a past that is both rich and deep. The challenge, as with any church that spans over many generations is to find an expression of faith that engages the people alive today, rather than alone to pay homage to those to have gone before.

The present Rector, Rev Isaac Hanna, sees the past as a place from which to draw rich inspiration. However, it is all with a purpose. It is about ensuring that church life in the present in some way captures the hope of being a thin place. He is generous in his tribute to previous Rectors, his staff team and his parishioners for helping to shape the life of the parish

Isaac Hanna is originally from Kilkeel in Co Down. With his background in a country town he is well suited to being Rector in Maghera and Killelagh. Describing how his vision for church in the here and now is enriched by the roots of the past he points to a number of priorities that the parishes in his charge have now. They owe much to the spirit and values of Christian pioneers such as St Lurach.

During his training in England he describes observing the decline of the Church. He shares the observation of many that since the ending of The Troubles more and more people are disengaging from the church in Northern Ireland. This has deepened a belief in him that we cannot keep doing church as we have always done it without understanding the changing context in which we live. This is a view shared by the diocese of Derry and Raphoe. 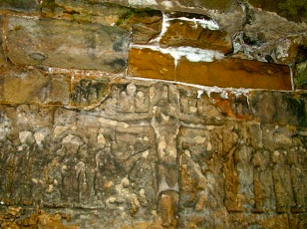 A beautiful carving of the crucifixion adorns the stone doorway, dating back to the 10th century AD, making it one of the oldest in Ireland. The details of the sculpture can still be seen today.

It has been described as the most important single Romanesque monument in Ulster.

The result of this is a commitment to what he describes as “finding innovative ways of tapping into people’s spiritual seeking”. The end result is for church to be a thin place where people get to meet with God and deepen friendship with other Christians. The destination of all this is that church “equips you to live life to its fullness wherever it is you happen to live your life”.

Environment: Drawing inspiration from the belief that creation is an expression of God’s life means having a concern for the place you are in and its environment. Interestingly this is soon going to find practical expression. The parish owns an old Walled Garden, adjacent to The Rectory. It is shortly to begin a process of opening up and developing these grounds as a green space for use by the whole community.

Companions for the Journey: In St Lurach’s time, and indeed in Celtic Christian tradition there was what became known as soul friends. These were practical and spiritual companions for points in life’s journey. One of the ways the parish is living this has been through the setting up of a counselling service that offers a listening ear in confidence. This is possible through the provision of a trained counsellor.

Reconciliation: The commitment to the work of reconciliation comes from simply recognising that there has been much hurt in our recent history in Northern Ireland. Along with the wounds it can leave a suspicion that any engagement with those with whom we disagree leads to surrender. The parish is committed to reconciliation that is worked out by facilitating dialogue in the local area around issues of mutual concern and that have the possibility of creating community tensions

Isaac Hanna describes himself as “having grown up as a child of the Troubles” and saw at first hand the impact of violence. He says that during his time in England he “saw how abnormal it was for a community to be at war and for people to be killed as a result” and was challenged by a belief that there must be “a better way”. This, along with inspiration of previous Rectors and the support of his parish encourages the commitment in the parish to this work.

In recent years the parish has created a ‘vehicle’ to live out some of its practical witness. This has come in the formation of the Maghera Parish Caring Association (MCPA). Again, drawing on ancient roots, Isaac Hanna says it is founded on a belief that “in areas of mutual concern the church can partner with others to improve life in the community, without having to surrender its tenets of faith.

The MPCA in recent years has overseen the redevelopment of its parish hall, now called The Lurach Centre. This provides a base from much of its work. It is built on the foundation of living out faith practically where you find yourself.

The work facilitated by the MPCA ranges from counselling, after schools drop-in for teenagers, luncheon and craft club for senior citizens to encouraging positive leadership in local community organizations.

Back to the Future

So what is the hope for the future? What does Isaac Hanna hope to see in his parishes in five years time? He puts his priorities simply:

- A variety in expressions of worship, where both tradition and diversity live in unity.
- Ever increasing parish engagement with the wider community and helping to make our localities better places to live.
- That people would trust Christ enough to give Him more of their lives.

In essence it is about the church being a thin place – doing whatever it takes to see that as a reality. 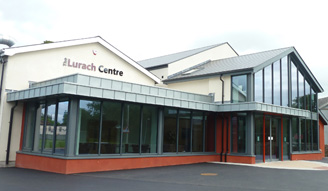 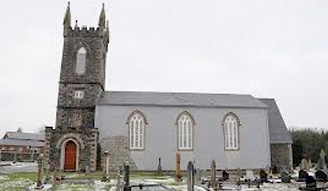 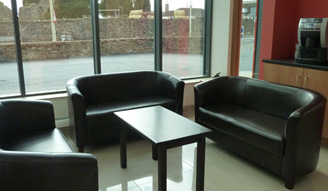 To subscribe to our Newsletter please fill in your name and email below.